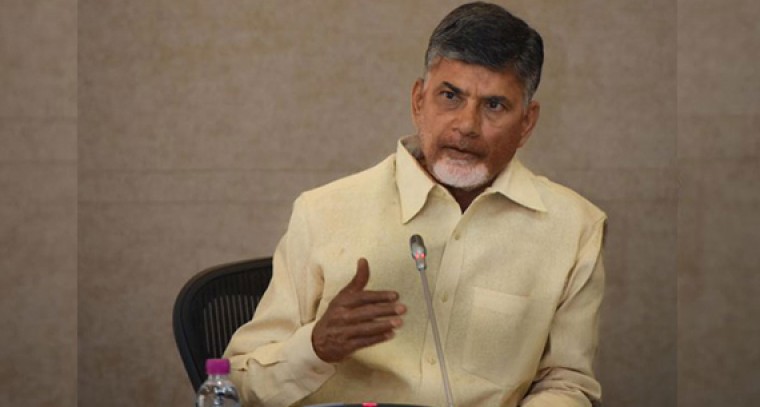 Amaravati, Feb 12 (IANS) The suspension of a senior police officer in Andhra Pradesh on charges of treason has sparked a row with Chief Minister Jagan Mohan Reddy coming under attack for targeting officials, who were considered close to his predecessor N. Chandrababu Naidu.

The opposition parties have flayed the YSR Congress Party (YSRCP) government for once again resorting to vindictive politics, this time targeting bureaucrats.

After YSRCP came to power in May 2019, several Indian Administrative Service (IAS) and Indian Police Service (IPS) officers, who played key role in implementing decisions of the previous Telugu Desam Party (TDP) government, were shunted out from key posts. Some of them are still waiting for the postings.

One of them was Director General of Police-rank officer A.B. Venkateswara Rao. His suspension not just for misconduct but on the grounds of treason is perhaps unprecedented.

Rao was then Additional Director General of Police (Intelligence). According to a report of the internal probe by the police department, Rao willfully disclosed intelligence protocols and procedures of police to foreign defence manufacturing firm.

Rao was considered close to Naidu and was shunted out as the intelligence chief by the Election Commission on the eve of the elections on a complaint by then opposition YSRCP.

The YSRCP had even claimed that Rao was behind the defection of nearly two dozen YSRCP MLAs to then ruling Telugu Desam Party.

Jagan Mohan Reddy's party had gone public with the names of the officials allegedly helping Naidu. He had alleged that these officials belong to Naidu's Kamma community.

After being shunted out by the Election Commission, Rao was heading the Anti-Corruption Bureau (ACB) till May when YSRCP came to power. He was transferred but was not given any posting.

Leader of opposition Chandrababu Naidu slammed Jagan for the witch-hunt against officials who worked with him. He claimed that that ever since YSRCP came to power 200-300 officers were denied posting and were not paid salaried. "I have never seen a government with such vindictive approach in my 40 years of political career," said Naidu.

The TDP chief termed the suspension of a DG rank official as unprecedented.

Defending the officials being targeted by the new government, Naidu said that they had nothing to do with the decisions taken by the previous government. "The CM takes the decisions and officers will execute the same. They don't take decisions."

A section of top bureaucrats are said to be worried over the series of developments during last few months. They point out that the government did not spare even the chief secretary, the top most bureaucrat.

Though appointed by the Election Commission during elections after removing A.C. Punetha for defying its orders, L. V. Subrahmanyam was allowed to continue as the chief secretary after Jagan became the chief minister. However, in an unusual move the official was transferred in November, five months before he was to retire from the service.

The government cited no reason for this but the axe fell on Subrahmanyam over differing with the chief minister on some policy issues.

"This government is vindictive towards TDP, officials and even people," said TDP senior leader Y. Ramakrishnudu. He cited controversial decisions like shifting of capital from Amaravati to Visakhapatnam.

However, the YSRCP government has defended the action taken against officials for their misconduct. Minister for Municipal Administration Botsa Satyanarayana said that it was sad to see Chandrababu Naidu supporting corrupt officials.

Terming Rao as a traitor, YSRCP legislator Chevireddy Bhaskar Reddy had even demanded the central government to issue a look-out notice for him as there are chances of his escape from the country. He claimed that Rao bought over 200 acres of lands at various places.